Thursday night’s game gave us an extended look at both rookie defensive ends with Jermaine Johnson and Micheal Clemons each on the field for a season-high amount of snaps. With just a couple of games left in the season, it’s a good time to look at some of their better plays in detail and recap how they’ve performed so far this year.

As a first round pick, Johnson generated plenty of headlines during the offseason. Many expected him to move right into a starting role, but that was never likely to happen unless either Carl Lawson or John Franklin-Myers got injured. The pair has two of the three biggest cap hits on the team this year, and are both talented and established veterans, so were always going to have a starter’s workload.

While some analysts suggested the Jets would simply move Franklin-Myers inside full-time, that isn’t really an option in this system. Franklin-Myers has moved inside on passing downs (although “inside” isn’t 100 percent accurate because he typically aligns opposite a tackle) but was always going to be a starting end.

Johnson didn’t even take on a role as a situational rusher on those passing downs where Franklin-Myers wasn’t on the outside. The Jets had already ear-marked Jacob Martin for this role before the draft, giving him a multiple-year deal with significant guaranteed money in free agency. The emergence of Bryce Huff has been a factor too. Huff virtually never plays on running downs, but his pressure percentages have been so good, the Jets have been unable to keep him off the field and he’s been the lone situational rusher since they traded Martin at the deadline.

Vinny Curry’s return also ate into the available snaps and then you have to account for Clemons himself who, much like Huff, has been too good to keep off the field following an outstanding camp and preseason. Expectations for Clemons, the final pick in this year’s Jets class, weren’t high, but he’s getting regular reps on merit.

As a result, Johnson’s impact hasn’t been as significant as perhaps some expected from a first round pick. However, there’s no reason to be concerned for his development because when he has played, he’s been doing a good job, much like Clemons. They each have room to develop, but are playing their roles well and look like they have a bright future.

16 games into the year (remembering that Clemons missed one game due to illness and Johnson missed three with an ankle injury), the pair are both grading out well, but have modest statistical production.

Johnson has 26 tackles and 2.5 sacks, compared to 18 tackles and two sacks for Clemons who has played two more games but only six more defensive snaps. However, Clemons has five quarterback hits to just three for Johnson.

They’ve both also played on special teams and each has blocked a punt that led to points. Clemons’ blocked punt against the Packers was returned for a touchdown by Will Parks, while Johnson blocked a punt for a safety in Buffalo. Clemons has also been surprisingly impressive in kick coverage with three tackles, and Johnson has some good blocks on the return units.

One thing that’s been impressive is that they haven’t had many negative plays. They’ve only missed one tackle between them and Johnson has no penalties, although Clemons has three (including two on special teams).

On Thursday, Johnson was on the field for 28 snaps and Clemons was on the field for 31 snaps. Each of these was a career high. Also, while the pair would typically enter the game together on the second unit most of the time, it seemed like they were mixing things up a bit on Thursday, so they might be paired with Curry, Franklin-Myers or Lawson instead.

Each player was in on four tackles on Thursday with Clemons also getting credit for a quarterback hit. Seven of these eight tackles were on running plays where the runner was stopped for a gain of four or less and none went for a first down.

Now let’s look in more detail about some of their contributions:

It’s common for a rookie pass rusher to be capable of generating pressure off the edge but not ready to hold up against the run on the edge. This can limit them to a purely situational role, much like the one Huff currently plays.

Both these rookies, however, have shown from the start that they can hold up on the edge, play with discipline, shoot gaps and get off blocks. This bodes well for their potential to play more of a full-time role in the year’s ahead.

Discipline is an important thing here. You could imagine a rookie getting reserve reps being desperate to make an impact so maybe he shoots a gap and blows up a play from time to time but also takes himself out of just as many plays by being over-aggressive. There are clear signs from Johnson and Clemons that they are mature and smart enough to play their role and therefore earning playing time on merit.

Johnson displays that on this play. If he saw the opportunity and crashed down hard or took an aggressive angle into the backfield, he would risk allowing the runner to bounce it outside for a big play, but he stays disciplined to force the runner to run it over the right side of the line and closes well to stop it for a short gain.

This play is similar, but perhaps even better. Johnson shows quickness to get inside leverage on his blocker, but he doesn’t crash down so hard that it’s easy for the lineman to use his momentum to take him out of the play. Instead he fills the gap, swells up to anchor himself in position and ensures that the play is bottled up.

On this play, Johnson doesn’t get any credit for a tackle, but he plays his part by getting some penetration to set the edge and holding his ground against the run. This forces the back wider and gives his teammates the time and space to rally to the ball. Johnson doesn’t panic here and try to get off the block to make the play himself.

Finally, here’s an impressive play from Johnson who isn’t blocked on the backside, but reads the play and this time is correct to crash down aggressively so he can make the stop.

Not to be outdone, Clemons also made some good plays against the run and has displayed impressive strength in the trenches throughout camp, preseason and since the regular season got underway.

The word that always comes to mind when watching Clemons is relentlessness. Even when initially blocked he will play to the whistle and chase plays down. On this play he initially looks to penetrate but this enables his man to seal him off. He doesn’t give up though and fights back to the ball to make the stop.

For a big man, Clemons displays some impressive athleticism and he shows that here as he skips over the attempted cut block to get downhill and in on the play (although he didn’t get statistical credit).

On this goal-line stop, he pinches in and shows his strength to work downhill and bottle up the run.

Last season, the Jets’ defensive ends weren’t capable of doing this on a regular basis, so there would often be big gaps between the guard and tackle. This led to their ends over-compensating at times, making it easier to seal them off and set up big outside runs. No doubt the secondary has been better at limiting the damage when such runs have taken place this year, too.

For the season as a whole, although they’ve combined for 4.5 sacks, Clemons and Johnson have registered less than one pressure every 10 pass rush snaps, which is less than ideal.

However, with the way that the Jets’ system works, you don’t necessarily always want both ends flying off the edge because that can create easy evacuation routes for the quarterback. Both Johnson and Clemons are therefore learning to also play pocket contain, which in the long run will still enable them to produce as they can clean up when quarterbacks are flushed in their direction.

Johnson has proven the more adept at getting pressure around the edge, although he does bring some power at times. Clemons, on the other hand, has been a little more one-dimensional, relying primarily on his impressive bull-rushing. Hopefully each will be honing their techniques so they have more in their toolbox and can raise their pressure rates next season.

Let’s look at a couple of plays that featured both rookies from Thursday night:

Here is an example of Johnson showing some impressive power. He moves the right tackle off his spot and forces Trevor Lawrence to slide to his left into more pressure.

Clemons does the perfect contain role on this play, keeping his eyes up and then taking his chance to close on Lawrence late to disrupt his throw.

On this next play, the Jags are trying to set up a sail concept by rolling Lawrence to his right. Johnson blows this up by getting upfield well (and credit also goes to Jordan Whitehead for not being fooled and being all over the short route). Note particularly that Johnson takes a conservative angle to ensure Lawrence can’t get outside rather than trying to make the play himself.

As for Clemons, the first thing to note is that he lines up inside, on the same side as Johnson here. The Jets are basically in a 3-4 alignment with Michael Carter II playing a linebacker role and Quincy Williams as the other edge across from Johnson (and ultimately missing a chance at the sack).

It’s a bit of a protection screw-up by the Jags who end up triple-teaming Clemons, who is also chipped by the tight end. Again, though, he doesn’t quit and when the seas part he charges up the middle for a huge hit on Lawrence.

It feels like the overall success of the Jets class has taken a bit of the pressure off Johnson to perform, which is probably a good thing. He has some limitations at this stage of his career but a rotational role such as the one he’s currently playing is an ideal way for him to get used to the pro level. Clemons is, of course, a pleasant surprise either way.

The fact that they both already look like the real deal against the run is great because it means either or both of them should thrive in a role where they can do that and then also earn more opportunities to produce in volume with more pass rush opportunities.

They have each shown enough flashes in the pass rush to give reason for plenty of hope that they’ll develop more in that area too given time. The team will hope to see more statistical production as they refine their techniques and earn bigger roles.

In the long term, the Jets might be planning for both rookies to be future starters and their progress this season, while unspectacular, provides comfort that they’re on the right track to not only being starters, but potentially good or (hopefully) better-than-good ones. 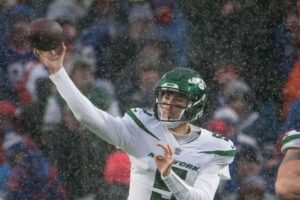 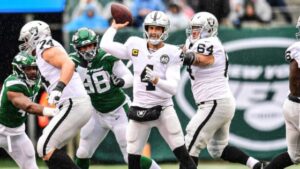 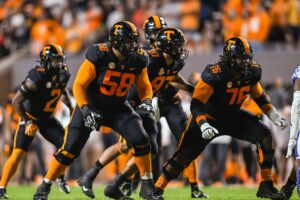