The Jets announced they have placed linebacker Marcell Harris on practice squad injured reserve with an ankle injury, effectively ending his season. Harris suffered the injury during Sunday‘s game against the Buffalo Bills.

In a corresponding move, the Jets brought back defensive lineman Marquiss Spencer to the practice squad. Spender spent six days with the team during the week of Thanksgiving.

New York also lost a practice player to another active roster. The Pittsburgh Steelers plucked defensive lineman Jonathan Marshall from the Jets’ practice squad. Marshall was a sixth-round pick of the Jets in 2021 and has spent all season on the practice squad.

The Steelers are signing DT Jonathan Marshall off of the Jets’ practice squad to their 53-man roster, per source. He entered the league as a 2021 sixth-round pick out of Arkansas. 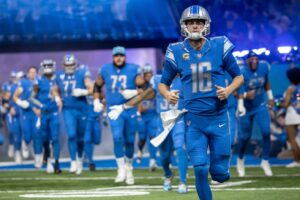