Not much to say about the injury report from Thursday for the New York Jets because it is exactly the same as Wednesday. No changes for any players, no one added, no one removed.

So one takeaway is that cornerback Sauce Gardner remained limited in practice but, per a pool report, looked fine while working out on a side field. So there may not be much concern about the availability of Gardner for Sunday against the Jets.

The Bears also had the exact same injury report on Thursday as they did on Wednesday. Jaquan Brisker, Kyler Gordon and Sterling Weatherford are all still in the concussion protocol. Justin Fields was again limited with his shoulder injury and Dane Cruikshank (hamstring) and Teven Jenkins (hip) were again listed as full participants.

Injury report: Sauce Gardner was limited again, but he appeared fine as he ran on a side field during the open period, per pool report. #Jets pic.twitter.com/ipaczMC6Db 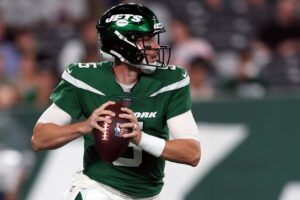 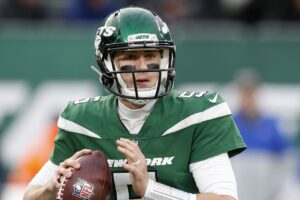 Jets looking for Mike White spark down the stretch