Morgan Moses would have been a great free agent signing for the Jets before Mekhi Becton’s foot injury. Now, acquiring the veteran tackle should be an imperative move by Joe Douglas to ensure the continuity of New York’s offensive line.

The Jets don’t have much depth if Becton were to miss time. The sophomore is currently dealing with plantar fasciitis. Surgery is not expected, but Becton has already dealt with multiple injuries in his young career. It wouldn’t hurt to have a reliable insurance policy behind him.

In the event of his absence, Becton’s spot would be occupied by either Chuma Edoga, 2020 fourth-rounder Cameron Clark or undrafted free agents Grant Hermanns and Teton Saltes. Edoga is the obvious backup choice – he started 12 games over the past two seasons – but he struggled mightily when on the field. Clark didn’t see the field once during his rookie season and is still a major unknown. Hermanns and Saltes may not even make the final roster.

That is why Moses would be a crucial signing. The 30-year-old possesses a combination of experience and talent the Jets need to insulate any issues on the offensive line. New York cannot afford a major hole at left tackle in Zach Wilson’s first season – even for a few games. There aren’t many other free agent options, either, if Moses becomes unavailable. The only other quality left tackles are 33-year-old Russell Okung and 39-year-old Jason Peters.

There’s a chance Becton doesn’t miss any regular season games with plantar fasciitis. It’s a pretty common foot ailment that won’t require surgery and Becton could be back in a few weeks with rest. The injury is essentially an inflammation of a band of tissue on the bottom of the foot that connects the heel bone to the toes which, causes pains and soreness.

Other athletes have played with plantar fasciitis before, but none were as big as Becton. Cowboys wide receiver Amari Cooper said he played the 2015 season with the injury and still finished with 1,000 yards. Peyton Manning and Eli Manning both suffered from it in their careers but managed to play without missing much time.

But the Jets shouldn’t risk rushing Becton back too quickly. If the injury lingers, it could cause major problems. Panthers and Seahawks tight end Greg Olsen ruptured his plantar fascia in 2018 and 2020 and landed on injured reserve both times.

The safest move is to sign Moses. He provides a great contingency plan should Becton miss time and at the very least gives the Jets a fantastic backup who would also be a great veteran leader in the locker room. Moses could even take over for George Fant on the right side if needed.

Money shouldn’t be an issue for this move. The Jets have about $27 million in cap space, according to Over The Cap, and Moses shouldn’t cost more than $6 or $7 million per year. He’d be an expensive insurance policy, but if there’s one position the Jets need to secure it’s the offensive line.

The only thing that truly matters for the Jets in 2021 is the development of their young talent – specifically Wilson. A good offensive line will only help speed that process up, but a poor one could destroy his confidence early in his career. Douglas knows this after watching what happened to Sam Darnold the past two seasons and sholdn’t let history repeat itself. 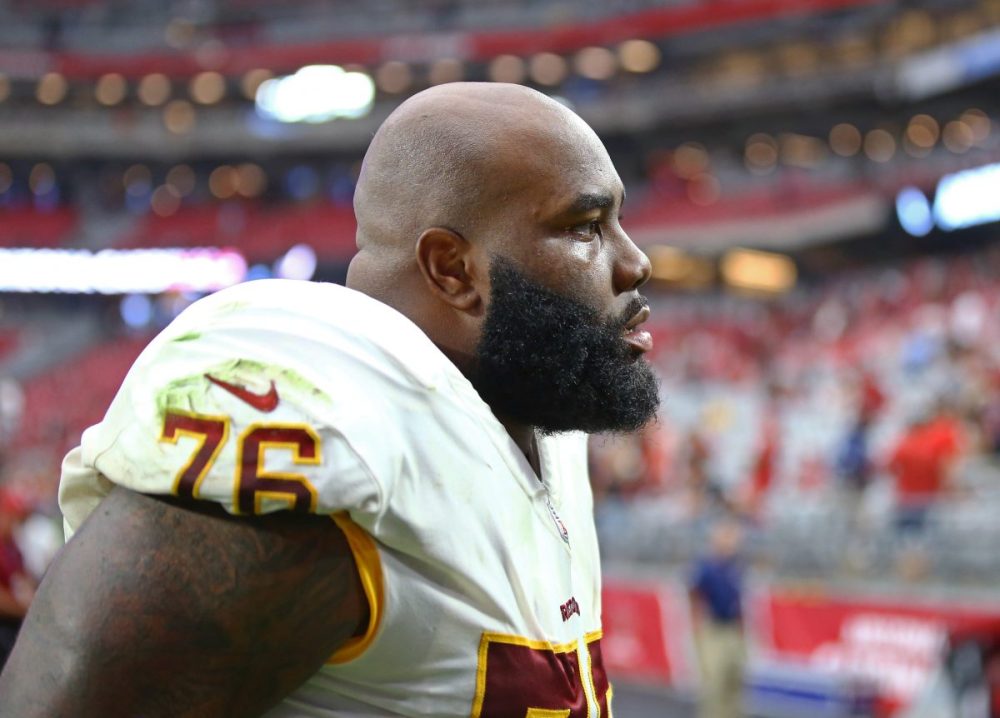