Monday Night Football, Week 11. Tonight we have the Indianapolis Colts hosting the Pittsburgh Steelers in a matchup of disappointing also rans.

The 4-6-1 Indianapolis Colts come into this game losers of four of their last five games and clinging to faint playoff hopes. The Colts have two 1 point losses and a tie on their record, so they are so close to being an actual playoff contender. Close isn’t good enough, however, so the Colts come into this game desperately needing a home win against a bad Steelers team to keep in the periphery of the playoff picture. The Colts have had all kinds of trouble scoring this season. The Colts have scored 17 points or less in 7 of their 11 contests. Unless they find a way to put more points on the board, the Colts are likely not going to be going to the playoffs this season. Perhaps a matchup against the hapless Steelers will prove to be just what the doctor ordered for the Colts’ anemic offense.

The 3-7 Pittsburgh Steelers are going through a rare down season. The Steelers would likely need to run the table the rest of the way to have a shot at the playoffs. That is very unlikely to happen. The Steelers are a bad team on both sides of the ball. They own the NFL’s 28th ranked offense and 27th ranked defense. The Steelers are bad at passing the ball, bad at running the ball and bad at stopping the pass. About the only thing the Steelers do well is stopping the run. Perhaps that will prove vital against a Colts team dependent on star running back Jonathan Taylor to move the ball on offense.

The Steelers have dominated this rivalry over the years. They have won 25 out of 31 games all time against the Colts, including the last 7 straight. In a matchup of bad teams, I’ll take the home team Colts to break their losing streak against the Steelers. I have submitted my pick using the widget from our partners at Tallysight. You can follow all my picks throughout the season, as I prove for another season how I’m not made to be a gambler. Seriously, I cannot stress enough how bad an idea it would be to bet real money based on my picks. Don’t do it. Don’t even consider it. Make your own picks, and good luck. And if you do bet, consider using our friends at DraftKings Sportsbook. 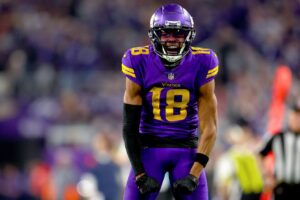 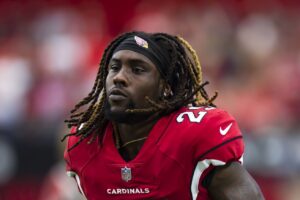 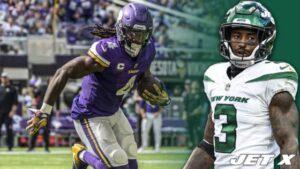 3 mismatches in Vikings’ favor that NY Jets must overcome