The Eagles host the Commanders on Monday Night Football

The 4-5 Washington Commanders come into this game off a tough 20 – 17 loss to the Minnesota Vikings. Prior to that loss the Commanders had won three straight games.

The 8-0 Philadelphia Eagles come into this game as the only undefeated team left in the NFL. The Eagles have dominated both offensively and defensively, fielding top four units on both sides of the ball. They also lead the NFL in least turnovers on offense and in most turnovers on defense. A team doing all that is nearly impossible to beat. Just about the only vulnerability of the Eagles lies in the running game, where they field below average run offense and run defense units. If the Commanders have much hope of scoring a colossal upset tonight against the Eagles, that path probably must start and end with a dominant performance in the run game on both sides of the ball. We’ll see if the Commanders are up to the challenge.

The EagIes have won each of the last three meetings between these two teams, and I expect the Eagles to extend that winning streak to four tonight in Philadelphia. I have submitted my pick using the widget from our partners at Tallysight. You can follow all my picks throughout the season, as I prove for another season how I’m not made to be a gambler. Seriously, I cannot stress enough how bad an idea it would be to bet real money based on my picks. Don’t do it. Don’t even consider it. Make your own picks, and good luck. And if you do bet, consider using our friends at DraftKings Sportsbook. 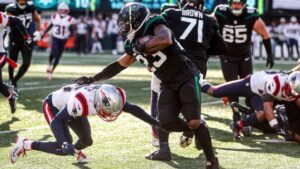 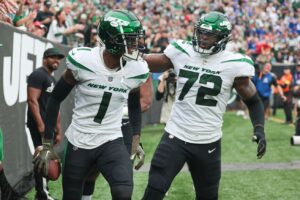 Podcast: Why the Jets Are Exceeding Expectations

Podcast: Why the Jets Are Exceeding Expectations 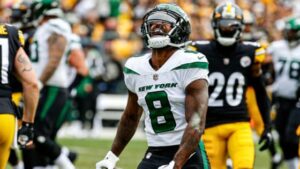