Only 20 games into his career, Zach Wilson has lost his grip on the New York Jets‘ starting quarterback job. Head coach Robert Saleh announced on Wednesday that Mike White will be replacing Wilson as the team’s signal-caller for its Week 12 game against the Chicago Bears.

Saleh made it clear that Wilson’s career with the Jets “is not over.” He adds that they want to get Wilson back on the field at some point this season and that the “young man needs a reset.” Saleh labeled the benching as a “small setback” that is “not putting a nail in his coffin.”

Coach Saleh says the intent is for QB Zach Wilson to get back on the field at some point this year. pic.twitter.com/R8Cg22B2Wu

Robert Saleh said he gets what benching him says “in the moment.”

“He’s capable of so much more than what he’s playing at … the issues for him are so fixable. But he just needs to reset.”

“We haven’t wavered in our belief that he’s the future of this franchise.” #Jets

Saleh says he does not think the Jets’ locker room “hates” Wilson but did say there may be “a little irritation at the moment”.

The Jets plan to make Joe Flacco their backup for Sunday’s game against Chicago. Wilson will be inactive.

Wilson will NOT be active Sunday. Joe Flacco will be Mike White’s backup. #Jets

It’s a stunning fall from grace for the man who New York selected with the second overall pick just 19 months ago. Wilson entered the league with tantalizing potential and closed his rookie season looking like an improved quarterback. But through seven games of his second season, Wilson proved to be the primary weakness on a team that appears to be legitimately capable of making a deep playoff run.

Jets must now ride Mike White in playoff push: ‘You just believe in him’ 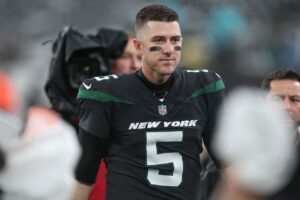 Jets must now ride Mike White in playoff push: ‘You just believe in him’ 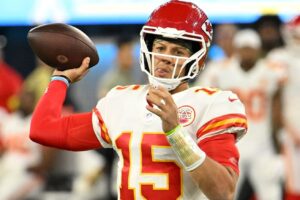