The New York Jets’ secondary was excellent in Seattle

This past Sunday, most players on the New York Jets‘ roster apparently did not get the memo that they were playing in a must-win game. One unit did, though: the secondary.

Sauce Gardner, D.J. Reed, Michael Carter II, and the young Tony Adams were among the few standouts for New York in its loss to the Seahawks.

The outside cornerback duo of Gardner and Reed provided shutdown coverage. Combined, Gardner and Reed were targeted 9 times and allowed 3 catches for 17 yards. Only one of those catches went for a first down.

Gardner had a stellar performance. Seahawks quarterback Geno Smith challenged Gardner on a frequent basis and continuously failed to beat him. When targeting Gardner, Smith went 3-of-8 for 17 yards with one first down. Gardner recorded a career-high total of four passes defended, bringing his season total to a league-leading 20.

Reed stayed silent in his return to Seattle. He played 36 coverage snaps and did not allow a single reception. Reed was only targeted once, with that pass falling incomplete on a deep shot intended for D.K. Metcalf. The former Seahawk did an excellent job of handling his coverage assignments to prevent any throws from coming his way.

Slot corner Michael Carter II also had a nice game. Over 23 snaps in coverage, he was only targeted once, with that being an 8-yard catch by Tyler Lockett that did not result in a first down.

Overall, the Jets’ cornerback trio shut down Seattle’s star wide receiver duo. Metcalf finished with 1 catch on 5 targets for 3 yards. It is the second-lowest receiving yardage total of his career. Lockett was targeted twice and caught 2 passes for 15 yards. The duo’s combined total of 18 yards is the second-lowest mark they have ever posted as teammates.

Adams, a 23-year-old undrafted rookie out of Illinois, ended up playing 60 snaps after Lamarcus Joyner left the game due to injury. It did not take long for Adams to look like an upgrade over Joyner.

Adams was flying around the field. That phrase gets thrown around a lot, but it actually is an accurate description in this instance. Adams displayed great closing speed and showed a feel for taking accurate angles to the ball. At the tackle point, Adams made some hard-hitting finishes that prevented the runner from gaining any extra yardage after contact. Overall, Adams looked like a very secure last line of defense.

Joyner will miss the season finale against Miami, so Adams will get another shot to audition for a role on the team next season.

Next Article: An argument for NY Jets to move on from OC Mike LaFleur

FOR MORE AT JETS X-FACTOR, VISIT/SUBSCRIBE AT: Only one NY Jets unit actually showed up in Seattle | Jets X-Factor 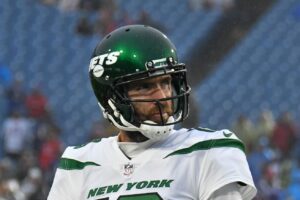 Jets vs. Dolphins and Week 18 on TV

Jets vs. Dolphins and Week 18 on TV

Jets vs. Dolphins: Preview, predictions, what to watch for