After Thursday’s loss to the Jacksonville Jaguars, the Jets fell to 7-8 with just two games left and there is no early indication as to who the starting quarterback will be for those final two games, or at least for New York’s next game on January 1 against the Seattle Seahawks.

Head coach Robert Saleh spoke to the media Friday and gave no indication on the quarterback or the status of Mike White.

“I don’t have any of those details,” Saleh said when asked about a timeline on White. “We’ve got time. We got today, the weekend, Monday and Tuesday. So, we’re just going to let that play out. I don’t know any times or anything like that.”

Saleh also would not say whether the Jets will stick with Zach Wilson — 9/18, 92 yards, one interception Thursday — if White is not cleared in time for Week 17.

Wilson was “benched” but supposedly not exactly benched Thursday in the third quarter in favor of Chris Streveler, who finished 10/15 for 90 yards. The prevailing thought is the Zach Wilson era is over in New York. The Jets aren’t eliminated from the playoffs yet, but the loss Thursday makes the mountain nearly insurmountable.

New York will have a few extra days of rest before getting back on the field to prepare for their cross-country trip in Week 17. By then, the hope is the team will have a better idea of who will start against Seattle. After the next two games, the question then becomes who will be the quarterback of the future and where is that player coming from because that player is very likely not on the roster at the moment. 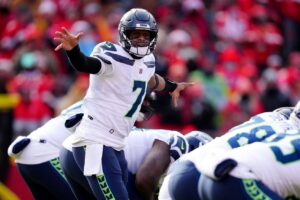 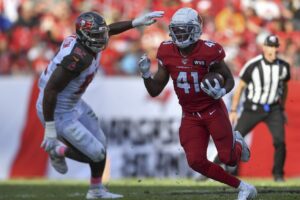 Jets made real progress regardless of suddenly-possible playoff fate