The 6-3 Titans come into this game having won six of their last seven games. The Titans are all about running the ball with Derrick Henry on offense and shutting teams down on defense. The Titans’ defense has been superb, holding opponents to 17 points or less in five of their last six games. They’re also doing a great job with turnovers, having lost the turnover battle just once in their last seven games. That’s a great way to win football games. The offense is nothing to write home about, but Derrick Henry is always a threat to take over a game.

The 4-5 Packers come into this game off a tough overtime win against the Dallas Cowboys after having dropped their previous five straight games. Aaron Rodgers is having the worst year of his career as he seems to be missing Davante Adams terribly. Rookie Christian Watson broke out against the Cowboys with three touchdown receptions, but it remains to be seen how well Watson will follow that performance up. The Packers run the ball well at times, but they have been horrendous stopping the run on defense. The Packers have yielded more than 150 yards rushing in six of their nine games. That does not bode well against Derrick Henry and the Titans.

I expect the Titans to upset the Packers at Lambeau Field tonight. I have submitted my pick using the widget from our partners at Tallysight. You can follow all my picks throughout the season, as I prove for another season how I’m not made to be a gambler. Seriously, I cannot stress enough how bad an idea it would be to bet real money based on my picks. Don’t do it. Don’t even consider it. Make your own picks, and good luck. And if you do bet, consider using our friends at DraftKings Sportsbook. 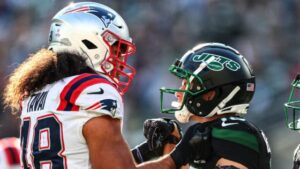 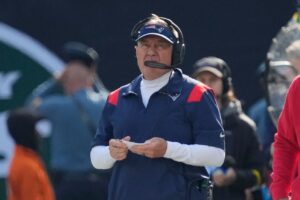