Thursday Night Football, Week 12. On Thanksgiving night the Minnesota Vikings host the New England Patriots. The Vikings are 2.5 point favorites at home according to DraftKings Sportsbook.

The 8-2 Minnesota Vikings come into this game off a crushing 40 – 3 blowout loss at the hands of the Dallas Cowboys. Prior to that loss the Vikings had won six straight games. The Vikings have played seven games this season decided by a touchdown or less, and they have won all seven. That kind of thing rarely lasts. Nobody wins every close game. The perhaps deceptive nature of the Vikings’ 8-2 record shows up in point differential, where, despite having the second best record in the NFL, the Vikings have a negative point differential on the year. In addition, the Vikings haven’t really been great at anything this year. They field the NFL’s 18th ranked offense and 29th ranked defense. The Vikings have the NFL’s 24th ranked rushing offense and 18th ranked rushing defense. They have the 10th ranked passing offense, thanks mainly to the sublime Justin Jefferson, and the 31st ranked passing defense. Nothing about this team suggests top of the NFL, other than their record. I suspect that record is due for a fairly significant regression.

The 6-4 New England Patriots come into this game red hot, winners of five of their last six games. The Patriots defense, after getting the season off to a slow start, has emerged as perhaps the best in the NFL. The Patriots have given up 17 or fewer points in five of their last six games, and they have given up 3 points or less in three of those games. In their last two games the Patriots have yielded less than 125 yards of total offense and less than 45 yards of passing offense in each game. That’s an absurd level of defensive greatness. I suspect the Vikings offense, despite the presence of Justin Jefferson and Dalvin Cook, is about to run into a buzzsaw in this game.

I expect the Patriots to shut down the Vikings offense and beat the Vikings tonight. I have submitted my pick using the widget from our partners at Tallysight. You can follow all my picks throughout the season, as I prove for another season how I’m not made to be a gambler. Seriously, I cannot stress enough how bad an idea it would be to bet real money based on my picks. Don’t do it. Don’t even consider it. Make your own picks, and good luck. And if you do bet, consider using our friends at DraftKings Sportsbook. 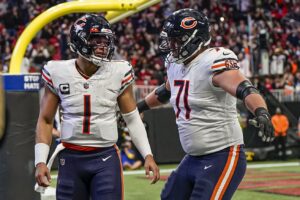 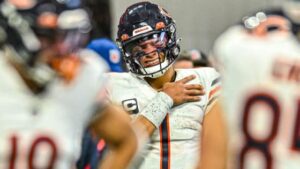