Week 11 of the 2022 NFL season brings us plenty of exciting matchups, from divisional games with playoff implications to classic rivalry games.

As we get deeper and deeper into the NFL season, we begin to see the value of a home team behind its crowd.

With this in mind, let’s get into Jets X-Factor’s best bets for Week 11.

All lines and odds via Fanduel Sportsbook

Our first play of the week takes us to Lambeau Field for an out-of-conference Thursday Night Football tilt.

The Packers got back in the win column last week after losing their past five games. They currently sit outside of the NFC’s wild card picture, so we should be getting a motivated Packers team.

While Aaron Rodgers is probably not who he once was, he is still one of the best pure passers in the NFL. With Christian Watson finally breaking out in his three-touchdown game last week, I think the Packers will be able to throw the ball well in this game.

Tennessee’s defense ranks 31st in the NFL in passing yards per game at 272.6. The Packers should be able to exploit this with their improving wide receivers and their two quality running backs. Tennessee has allowed more than 67 receiving yards to running backs in four of the past five games. Look for Aaron Jones to be involved and make some plays early for the Packers.

I expect the Packers to be able to move the ball well tonight and pick up their second consecutive win.

Although they continue to find ways to win, I think this Minnesota Vikings team is a tad overrated. They have won seven consecutive games, but they have all been by one score or less. This seems like it could be a huge sell-high spot for the Vikings after their incredible win last week in Buffalo.

Dallas’ defense has been dominant all year and always gives them a chance to win. Through 10 weeks, the Cowboys are only allowing 18.2 points per game which is the fifth-best mark in the NFL. They have also allowed the fourth-fewest passing yards per game at 181.7.

Offensive tackle Christian Darrisaw suffered a concussion in Minnesota’s win last week in Buffalo. He has not been cleared yet and has not practiced this week. He was playing at a Pro Bowl level and will be a huge loss for the Vikings’ offense with Micah Parsons coming to town.

I think this is a great spot for the Cowboys to win a massive NFC contest.

The last play of the week belongs to the Buffalo Bills. I think this is a great bounce-back spot for the Bills going up against a banged-up Browns team. The Bills dramatically lost their last two games after starting the season 6-1.

Western New York is calling for 3-6 feet of snow coming to the area this weekend. Before placing any bets, I would look for the NFL to give an update on this game. I would expect there is a possibility of the game time being changed or even moving the game to a different stadium to keep everyone safe.

I am considering this a lean until we get more information, but I think the Bills should win this one handily. 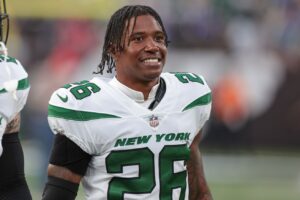